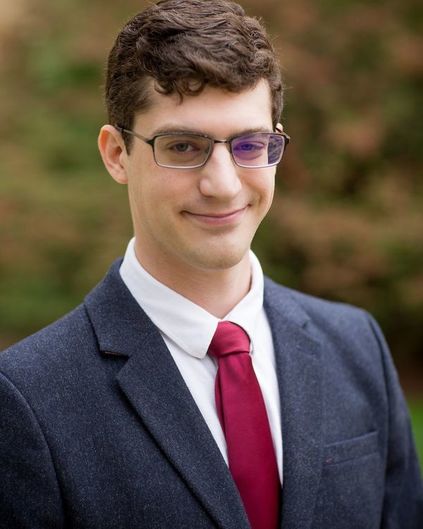 Congratulations to Jeremy Steeger for accepting a Postdoctoral Research Associate position in the Department of Philosophy at the University of Washington. He will be working with Benjamin Feintzeig on the NSF-funded project "The Role of the Classical Limit and Symmetries in Constructing Quantum Theories" starting in the fall of 2019. An abstract for this project is provided below:

This is a research project in the philosophical foundations of physics. The research team will investigate technical and philosophical aspects of constructing quantum theories, including the process of quantizing classical theories and the closely related process of taking the classical limit; they will focus on the role of symmetries in these processes. The results of this part of the study will then be used to develop new insights concerning both conceptual and philosophical issues surrounding theory construction, scientific progress, and explanation. In addressing these goals, the team will develop conceptual and mathematical tools that they expect will indicate new directions for physics, perhaps leading to recommendations for solving some open problems in mathematical physics. The researchers will build a new interdisciplinary research community by hosting two workshops to facilitate further conversations between philosophers of physics and contemporary physicists. They will also create new teaching methods at the undergraduate level by using techniques from the project for interpreting quantum theories.

The research team will focus on the role of one important feature of theory construction in physics, the use of symmetries, to develop a case study of the philosophical significance of quantization procedures. They will address several interrelated questions. Why are symmetries so useful in the construction of quantum theories? How are symmetries in quantum theories related to symmetries in classical theories? How do symmetries constrain the construction of new theories? In addressing these questions, they will focus on theories of particles moving in an external gauge field; such theories have finitely many degrees of freedom, meaning that they are mathematically tractable. The goal will be to construct mathematical tools that allow one to compare models and theories across classical and quantum physics. The team will then investigate how their insights about transitions from classical to quantum theories relate to general issues in philosophy of science. They will consider several questions in this phase of the project. To what extent can the transition between classical and quantum physics be understood as continuous and cumulative? Can one make precise the representational structure that changes between classical and quantum descriptions? Must the construction of quantum theories be done piecewise by constructing individual models, or is it possible to construct the theoretical framework wholesale?

This award reflects NSF's statutory mission and has been deemed worthy of support through evaluation using the Foundation's intellectual merit and broader impacts review criteria.

For more information about this project: https://www.nsf.gov/awardsearch/showAward?AWD