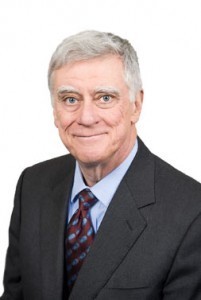 Trained as an engineer, Jack served for three years on graduation from Notre Dame in 1964 as a supply officer in the United States Navy during the Vietnam War and then practiced for two years (1967-1969) as an engineer for the Crane Company before starting up the Reilly Mortgage Corporation. This initiated a long career as a highly successful investment banker, and commercial real estate manager that lasted until his death.

Jack’s vision of a broad education, combining technical and humanistic interests, developed when he was himself a student of engineering at Notre Dame (BS 1964), when he felt the strictures of engineering study, and he spent an extra year at Notre Dame completing a degree in art history (BA 1963).

Since 1984, Jack's generous gift to the Reilly Center has supported the Arts and Letters/ Engineering Dual-Degree Program. This program continues to allow students in engineering to satisfy their interests in subjects in the College of Arts and Letters, with the ideal of a second major in a humanistic area.