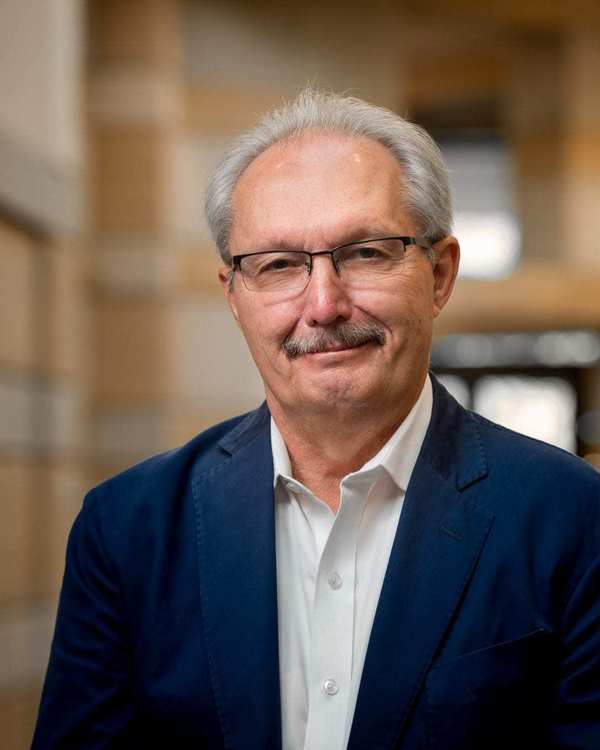 Christopher Fox is professor of English at the University of Notre Dame and former director of the Keough-Naughton Institute for Irish Studies, which he co-founded with Seamus Deane.  At Notre Dame, he has also been elected a fellow of the Nanovic Institute for European Studies and of the Reilly Center for Science, Technology and Values. Fox received his PhD from SUNY-Binghamton where he won the Distinguished Dissertation in the Humanities and Fine Arts Prize.  Fox came to Notre Dame from Wilkes College in Pennsylvania, where he received the 1984 Carpenter Award for Teacher of the Year. His research interests are in Eighteenth-Century Studies, Literature and Science and Irish Studies. He has lectured widely in the United States, Europe, and Latin America. Fox’s interests in Irish Studies grew out of his study of Jonathan Swift and eighteenth-century Ireland. In 1991 he organized an international conference on Jonathan Swift and Irish Studies and later established The IRISH Seminar, which convenes every summer in Notre Dame’s Dublin Keough Naughton Notre Dame Centre and at other international sites, including Paris, Buenos Aires, and Rome.  In 1988 he founded the Notre Dame Eighteenth-Century Seminar (SENS) on campus, which still meets.  Fox has served on the national board of the American Society For Eighteenth-Century Studies and the editorial boards of various journals, including Eighteenth-Century Thought, Eighteenth-Century Studies and Bullán:  A Journal of Irish Studies. Fox has also served as president of the Midwest American Society For Eighteenth-Century Studies, president of the Samuel Johnson Society, and president of the American Society For Eighteenth-Century Studies national Irish Caucus.  At Notre Dame, Fox has been the recipient of a Presidential Distinguished Service Award (2003) and served as chair of the Department of English, chair of the Department of Irish Language and Literature, director of the Institute for Scholarship in the Liberal Arts, associate dean for faculty and research, and acting dean of the College of Arts and Letters. He has held fellowships from the National Endowment for the Humanities, the American Council of Learned Societies, the Newberry Library, and the Folger. Fox received an institutional Challenge Grant from the National Endowment for the Humanities that established a $2.25 million dollar fund for a library acquisitions program in Medieval English, Irish, and Old Norse literatures and permanent faculty fellowships in the Keough-Naughton Institute for Irish Studies and Notre Dame’s Medieval Institute. Fox has also directed four National Endowment for the Humanities Summer Seminars for College and University Teachers, including “Anglo-Irish Identities, 1600-1800” held in the Keough-Naughton Institute in 2009.  Fox is the author of Locke and the Scriblerians:  Identity and Consciousness in Eighteenth-Century Britain, published by the University of California Press; and co-editor, with the late Roy Porter and Robert Wokler, of Inventing Human Science:  Eighteenth-Century Domains, also published by California. Fox has edited Psychology and Literature in the Eighteenth Century (1987), Teaching Eighteenth-Century Poetry (1990), Gulliver’s Travels: Text and Case Studies in Contemporary Criticism (1995), and more recently, The Cambridge Companion to Jonathan Swift (2003).  With Brenda Tooley, Fox also co-edited Walking Naboth’s Vineyard: New Studies of Swift, published by the University of Notre Dame Press. His recent articles include “Getting Gotheridge” in Swift Studies (2005), “Swift and the Rabble Reformation:  A Tale of a Tub and the State of the Church in the 1690s” in Jonathan Swift Priest and Satirist, ed. Todd C. Parker (University of Delaware Press, 2009), and “Swift and the Passions of Posterity” published in the Proceedings of the Sixth Münster Symposium on Jonathan Swift.  Most recently, Fox has been Executive Producer of a three-part television documentary for PBS, BBC, and RTÉ on the 1916 Easter Rising. Narrated by Liam Neeson, 1916: The Irish Rebellion has been shown in over sixty countries and won major awards, including the PBS Quality Programming Award, Poland's Silver Sabre Historical Documentary prize, and Irish Television's 2017 award for Best Documentary series of the year. His colleagues and former students recently presented him with a festschrift titled From Enlightenment to Rebellion: Essays in Honor of Christopher Fox, edited by James G. Buickerood and published by the Bucknell University Press. Professor Fox is currently writing a book on Swift.